Peppers are among the most popular vegetables used in traditional Neapolitan cuisine, because they are readily available for the creation of multiple recipes and their unmistakable taste. Their intense and characteristic flavor allows us to prepare them in many different ways, but today we want to propose you the gratin version with the grated pan. The latter gives the peppers a crunchy feeling very similar to that of an oven gratin.

In this recipe, peppers are cut thin and baked in oven with oil for 30 minutes. I add capers, olives and breadcrumbs just for the last 10 minutes and then voila, I have peppers to the most delicious gratin!

Wash the peppers, remove the petiole and cut them halfway in the direction of the length. Remove the seeds and filaments inside and place them on a work surface with the cut side down. Slicing them by the width direction in strips of half an inch wide.

Turn the oven to 180 ° C. Collect the peppers in a bowl and season them with olive oil, garlic and salt. Transfer to a baking tray (preferably in pyrex) and bake. Bake for 30 minutes or until the peppers are dried.

Take the peppers from the oven, add the capers and black olives and mix to mix. Dirt with breadcrumbs and resume baking for another 10 minutes. For the last 5 minutes, turn on the grill and grate the peppers. Back, let it cool and serve.

If you do not like garlic, do not chop it but leave it in pieces and “hide it” under the peppers so it does not burn. Remove it after the first 30 minutes of cooking.

In favor of the use of peppers in the summer season there is its ability to reintegrate the water, as it is composed of 92%, and mineral salts such as phosphorus, magnesium, potassium, iron and calcium. Contains a vitamin C percentage four times higher than in citrus fruits with the consequent ability to increase resistance to infections; It also strengthens the muscles and favors the absorption of iron.
The percentage of fiber is good and this makes it one of the most useful foods for weight control because of the sense of satiety that increases with few calories per serving (low calorie food). Another present substance is capsaicin, much richer in its “brother” chili pepper, but also in pepper it is found in good quantities under the skin thus leading to antibacterial, antidiabetic, analgesic and antitumor properties. 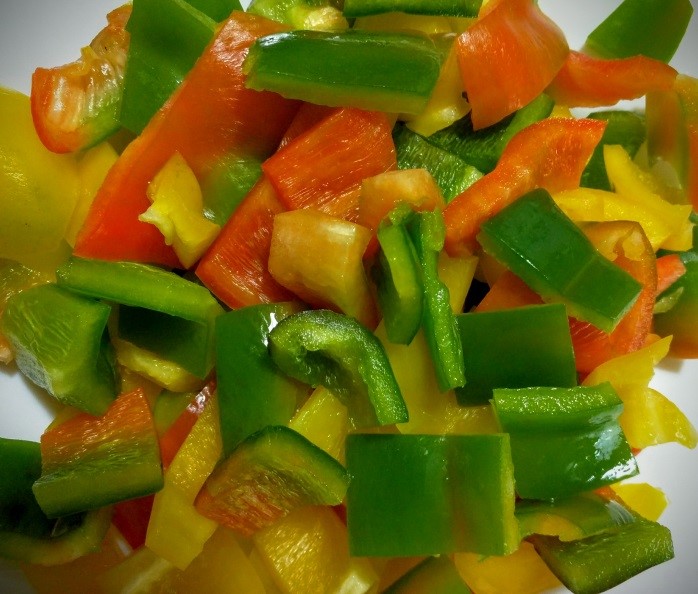