Malaysia is a small country in the center of southeast Asia. Demographically, Malaysia is a multiracial country with the largest ethnic group being Malay (50%), follow up by Chinese (22.6%), Indigenous (11.8%), Indian (6.7%), and others (8.8%). Although Malaysia has announced its ground as an Islamic country and Islam as the “Religion of the Federation”, the constitution grants freedom of religion. Tolerance can be seen in the many mosques, churches, and temples all around Malaysia. Masjid Zahir in Alor Star, Kedah, Malaysia has been voted in the top 10 most beautiful mosques in the world.

Although Malaysia has announced its ground as an Islamic country and Islam as the “Religion of the Federation”, the constitution grants freedom of religion. Tolerance can be seen in the many mosques, churches, and temples all around Malaysia. Masjid Zahir in Alor Star, Kedah, Malaysia has been voted in the top 10 most beautiful mosques in the world. And, the 2nd tallest statue of a Hindu deity in the world is the Lord Murugan Statue, located in Batu Caves, Malaysia.

Geographically, it is divided into 2 regions, one is peninsular, and the other one is on the large Borneo Island known as East Malaysia. Although Peninsular Malaysia and East Malaysia are separated quite far apart from each other by the South China Sea, the people share almost the same weather, same tradition, same culture, same custom, and same cuisine.

The History of Malaysian Cuisine

Peninsular Malaysia, which was once called Persekutuan Tanah Melayu was a very popular place for the traders or merchants to do trading, centuries ago. Especially in Melaka. Many traders from China, India, and other European merchants, came and did their businesses here. It is a very strategic place at the moment as it is located in the center between the biggest world merchants during that time. These activities did influence the cuisine Malaysians to have now. And vice versa. So you can see a few Indian influences, Chinese also and many other parts of the world in our Malaysian cuisine.

Many descendants of the other countries’ traders stayed in Persekutuan Tanah Melayu. Even today. Due to tolerance from the government and the local people as well, these people managed to keep their identity and tradition for a long time. Much of their food also has not changed from their country of origin even after centuries. So, if you go to any Chinese or Indian restaurants in Malaysia, you will not be disappointed as it tastes exactly the same as you will get from China or India. Of course,  some fusion happens, to accommodate the lack of original ingredients available. However, the effect seems subtle, not too radical that would lose its identity.

Few ingredients or methods of cooking really stand out and make a dish as something that will give the “Only in Malaysia” kind of vibe. Not to claim that these ingredients or methods belong only to Malaysian cuisine and no one does or has that anywhere else in the world. Those ingredients do exist on some other part of the world. But, I believe in every similarity that something might have, there are these tiny small things that make it all different.

These 3 ingredients are mostly the base for all dishes here. Every dish or meal except dessert or sweet kuih (snack) will start with caramelizing the 3 ingredients with some oil. If you want to make Gulai or cook the sauce for Nasi lemak, you will start with these. If you want to cook Nasi Goreng, also you need to do this. Malaysian curry also starts by frying these.

Malaysians love coconuts. The juice, especially from the young one, is the best, good on its own, but also can add some sugar. Some said that drinking coconut juice regularly can heal or reduce the implication of high blood pressure. The flesh from a young coconut is really soft like puddings. That’s why if you go to any country that has coconuts, they will serve you coconut juice with the shell as well. When the coconuts get older, the flesh becomes firmer. The juice becomes less sweet.

At this point, people will grate the flesh and used it for cooking. A quite young grated coconut is usually used for kuih (snack) as in the Puteri Mandi and Buah Melaka. The older coconuts will be processed to make the coconut milk. Most of the curries or gulai used coconut milk to give that creamy taste. Many kuih also use coconut milk such as Assam Guppa and Beke Ubi.. Coconut is basically the main ingredient in the everyday life of a typical Malaysian. That it comes to the point where there are coconut vendors in almost every market in Malaysia. They would freshly grate the coconut and squeezed the milk out every day.

The must step in pretty much every step in cooking Malaysian food. If you caramelized the 3 ingredients as mentioned previously, some would suggest cooking till fragrant. If you boil the coconut milk, also wait till fragrant. Then, you can add something else. Then, got to wait till it was fragrant again. If you make kuih that used Daun pandan, the steps mostly would have cook till fragrant. It doesn’t mean smells so nice like Chanel fragrance, but in every

It doesn’t mean smells so nice like Chanel fragrance, but in every cooking, once it gets to some point in the cooking, a certain smell will comes up. Maybe an easy example is when you are baking bread. In the process of preparing the dough, it doesn’t smell anything. But once you put the dough in the over for some time, there will be a nice bread smell filling up your kitchen.  That is the fragrant you must notice. And of course, it would not smell the same. Curry won’t smell the same as bread!

Actually, vegans’ cultures are quite unseen in Malaysia. It could be due to religions and beliefs as well. If we look at India, 31% of the people there, are vegetarians because of their beliefs. Of course, there are vegans that do not influence to become one due to religions. But in the context of Malaysia, – since almost half Malaysians are Muslim, which does not promote vegetarianism, the vegans’ lifestyles are not many practices here. Islam’s teaching regarding food is basically teaching the believers to not overeat and eat in moderation.

Limitations exist as to what Muslims can eat. In fact, certain animals like pigs and any carnivores are not allowed to be eaten. Also, about 6.2% of Hindus live in Malaysia. While not all Hindus are vegans, some are! So, there are of course a number of restaurants that offer vegans options, especially if it’s in the city center. But, not much in the countryside.  However, not to worry. Malaysians always have a vegetable dish as a side dish whenever we have our meals. If you are ever visiting Malaysia don’t be afraid to enter any restaurant. They usually serve vegetable dishes. Really nice to eat with rice. And it’s not just plain raw vegetables. Some cook the same way other main dishes were prepared.

There are abundances of ingredients that can become substitutes for meat available in Malaysia. The usual substitute for vegans is the mushroom, because of the meaty texture it has. Many vegetables that in my personal views possess that quality as well, that might only available in South East Asia. They are Rebung, Nangka Muda, Jantung Pisang, and even Jering and Petai.  Jering and petai can be quite troublesome, and people might not like them the first time they try them.

But, if you are food lover, you will grow to love it, in time. For the Rebung, Nangka Muda, Jantung Pisang, they just taste bland if you eat it on their own, but really good if you cook it with something well seasoned. The most usual cooking style with these vegetables is the Masak Lemak Cili Api. Really good dish with rice. It does have some chilies in it, but add some sugar, and it is all good.

Most people who are not used to Asian food would say any dish that has chilies or curry is too hot for them. But, I think its matter of not getting used to a certain flavor yet. I remember I did not like cheese when I was a kid because I was not used to it. I thought the smell is weird. The cheese was not locally produced in Malaysia. But, then I grew to love it. 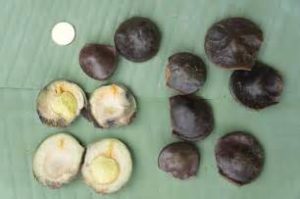 Even petai and jering, I did not like it when I was a kid. But, as I grew older, it becomes must have veggie on the table. It’s not about endurance to the smell of the cheese or the hotness of chilies, some peppers are really hot, but these dishes are made to suit ordinary people’s palates. I think it’s something like drinking plain water and drinking vodka. If you notice, you swallowed vodka differently than when you drink plain water.

Tempeh, Another Choice for Malaysian Cuisine

Tempeh is another choice. For any soy-based food lovers out there, you will love Tempeh. It’s good to be eaten as a snack as well. Just cut in small pieces and fry it till golden brown. Tempeh can be recreated into many dishes. One recipe that uses tempeh is the Masak Lemak Cili Api. A restaurant in Kuala Lumpur creates a burger patty from tempeh and black beans. And into many more of dishes, you can imagine!

Click on a recipe title to continue to that page. 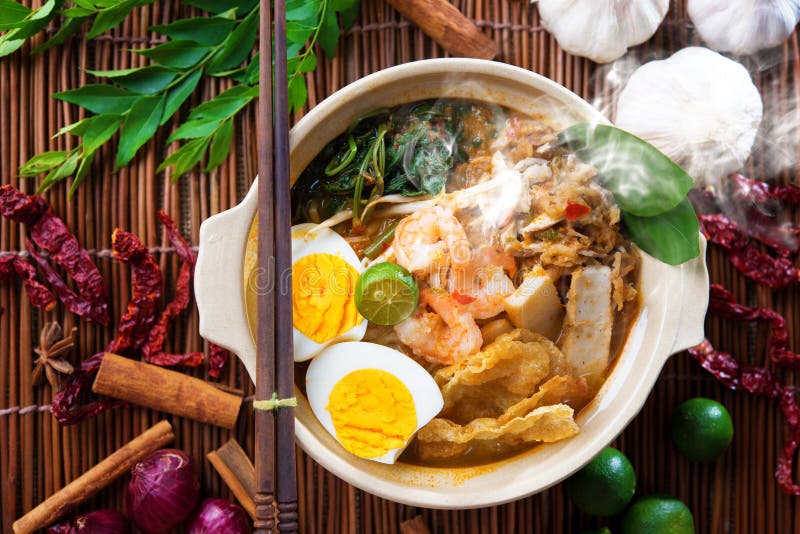