IS COOKING WITH CAST IRON HEALTHY? 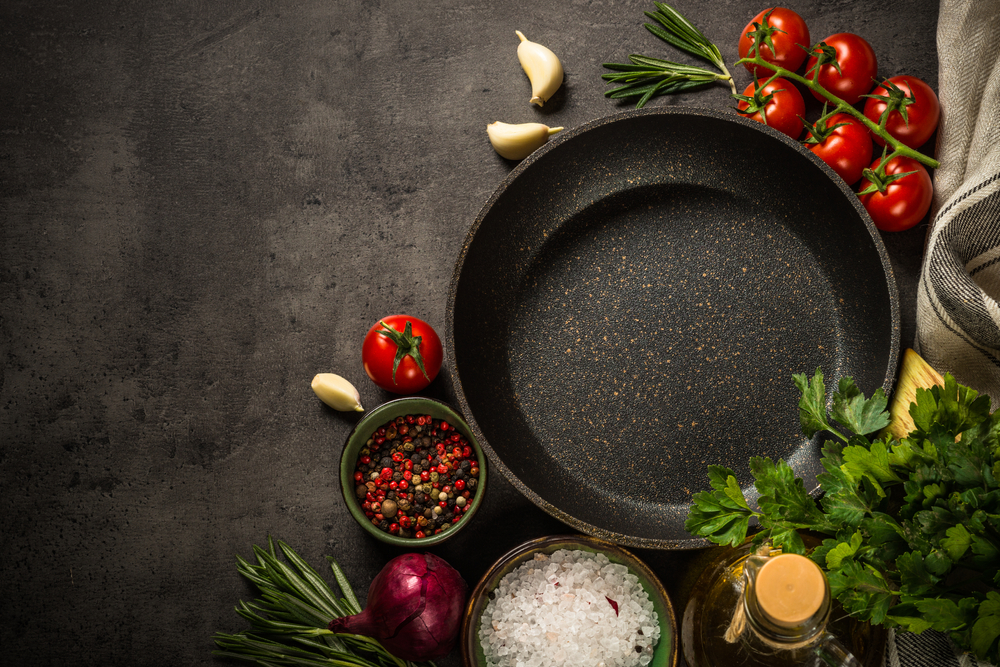 IS COOKING WITH CAST IRON HEALTHY?

We may become so preoccupied with what foods we can or should not consume that we lose sight of the bigger picture. It’s not just about the food; it’s about the way we prepare it as well. And the pots and pans we use to cook in are just as valuable as the food we cook in them.

If you’re spending your hard-earned money on them, I hope you’re using cookware that enhances the health benefits of quality local and organic products. I’ll go through the traditional cast iron pan in today’s article, which is one of my favorite cooking vessels. Besides, I will discuss the advantages of cast iron cooking ware.

What are Cast Iron Cookwares?

Iron is used to make cast iron cookware. The majority of cast iron cookware creates by melting a mix of iron ore and steel at extremely high temperatures. Metals are then glued together and molded with molds before being sandblasted to eliminate impurities. Since iron is a thick metal denser than aluminum or copper, these pans are highly valued.

Moreover, it has excellent heat preservation. Cast-iron skillets that have been well-seasoned are naturally nonstick. Unlike most nonstick cookware, cast-iron pots and pans are not cover with plastic (and potentially harmful) materials. 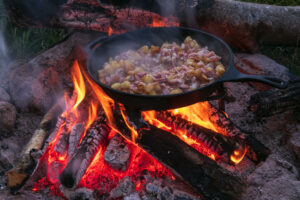 Cast iron works well in the kitchen or outside on the grill or campfire.

Why Use Cast Iron?

One of the great things about cast iron cookware is that it is highly resilient and can always restore if bent or scratched. So as long as your pan doesn’t chip or crack, you can strip rust and re-season it as needed. Cookware made of cast iron will last for years and can also pass down over generations.

However, it may crack or break when subjected to extreme changes in temperature (such as from a freezer to a hot oven) or if dropped onto a hard surface, such as cement.

The simplicity of cast iron cooking is perhaps its best feature. This material can use for almost any form of heat source, from open flame to induction. Besides, it also can use in industrial ovens.

3.  Cast Iron Is A Natural Material.

Unlike other nonstick pan coatings, cast iron pans are made entirely of natural ingredients, iron. It is an excellent choice for any home or restaurant that emphasizes natural food and clean cooking.

Cleaning up utensils can be time-consuming when you often cook, camp, or in the great outdoors. However, Cast iron is simple to clean, when done correctly.

NOTE: if you need to clean and season cast iron, this video shows how easy it can be done.

What Are The Health Benefits Of Cast Iron Cookware?

Cast iron is simple to work with from beginning to end. There are a lot of health benefits of using a cast iron cookware. Let’s have a look.

Compared to a traditional stainless-steel pan, a well-seasoned cast-iron pan provides a natural nonstick coating, requiring less oil. What is the added benefit? “Cast iron cleans up so well,” and the longer you use it, the more refined it gets. Thus, it is a compelling reason to use it often for almost any meal.

Cast iron cookware has the advantage of being chemical-free. Since most nonstick pans include perfluorocarbons, a chemical related to tumors, neurological defect.

As you’ve already discovered, a cooking meal in a cast-iron pan absorbs iron into the meal. It’s not a fallacy, and it’s not a bad thing, particularly for women, children, and vegetarians, who are more vulnerable to anemia. However, it is debatable how much iron is transport and absorbs by the body.

But don’t get too excited. Acidic foods can never cook in cast iron because they can react with iron and spoil the pan’s seasoning. The food in a well-seasoned cast iron should only contact the polymerized oil coating in the pan, not the metal itself.

What is the amount of iron we are talking about?

Depending on the state of the cast iron pan and what you’re cooking, we’re talking about a significant amount of iron. To place it in perspective, consider the following: Men need 8 mg of iron per day. Experts estimate that about 6-8 mg of iron is released into a serving of tomato sauce cooked in a cast-iron skillet.

Cast iron cookware can be a big space saver in a small kitchen, one of the best mental health advantages. If you’re claustrophobic like me, getting less cookware to think about will help you feel less anxious. Cast iron cookware can use on open fires, in ovens, and almost everywhere. Thus, reducing the amount of cookware, you need to purchase and stock.

Many of the detergents contain chemicals and lead to brain injury and cancer. And even with detergents, we’re acquainted with; we don’t know what’s in them. All of those little chemicals will add up to cancer over time, so why take the chance of cleaning your pans with whatever you have on hand. One of the health advantages of cast iron cookware is that it can use without soap if desired. A cast iron wok will usually clean with only salt and water.

Another health benefits of cast iron cookware are that it reduces the use of oil. Everyone knows that almond oil and other natural oils have some significant health advantages. A diet high in oil, especially Tran’s fats produced by overheating oils, can lead to serious heart problems. Since cast iron pans are typically seasoned and oiled, you won’t need to use much oil in the kitchen. What’s the result? Lower calorie intake and improved fitness.

It’s not healthy to inhale smoke! It doesn’t matter if the pollution comes from cigarettes, factories, or cooking. Smoke irritates the lungs and skin, and it can link to an increased risk of cancer.

Although cast iron pans won’t prevent unattended food from burning, they can aid in reducing the amount of unequal heating the food

As a result of the more even cooking, you escape the puffs of smoke that come from charring your meal. It may be one of the more minor health benefits of cast iron cookware, but anyway, smoke inhalation should avoid.

So, the conclusion is that if you properly care for your cast iron skillet, it will last a lifetime.

Don’t be afraid of experimenting with cast iron in the kitchen, cook delicious meals for loved ones, and, most importantly, keep it well-seasoned!

For a variety of purposes, cast iron is a great ideal. Cast iron is inexpensive, can and will last a lifetime, and will improve with age. It can also safely use in a sweltering oven. Because of the heavy iron, these pans hold heat exceptionally well, making them ideal for tasks like searing a juicy steak.

Cast iron skillets and pans have some advantages, especially the lack of a chemically based nonstick coating. However, whether you’re a woman or a male who doesn’t need the additional iron, iron’s increased sensitivity isn’t always a good thing.

The best type of cookware 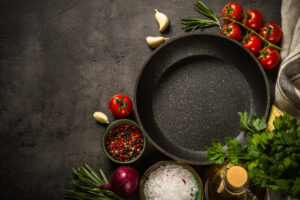