The environmental benefits of a vegan diet appeal to so many nowadays. That’s because people discovered eating fruits and vegetables contributes to some useful things. Those being having a healthy lifestyle and helping the environment. It aids in reducing the carbon footprint or the greenhouse gases we produce. These gases cause wanted heat buildup on the planet. So people are shifting their food consumption to eat plants more or have only it in their diets to help the earth.

The general population experiences problems like climate change upfront. Hotter temperatures due to global warming cause weather shifts. These atmospheric alterations have negative effects on people’s lifestyles and survival. It causes inconveniences and issues about the availability and quality of resources. Thus the masses are trying whatever they can to make things better. One of what plays a crucial part in saving the surroundings is going vegan.

Experience The Environmental Benefits Of A Vegan Diet

The vegan environmental impact is real and useful. Yet many ask how and why veganism is good for the environment. It’s the kind of practice that commits to having plants only. It goes beyond dieting on organic greens too. Vegans also pride and dedicate themselves to buying plant-based products. It means they steer clear of meat, clothing, cosmetics, and other things made from animals. These activities create a reduction in the need for animal husbandry. Thus they also force the depletion of carbon dioxide, nitrous oxide, methane, and others in the air. 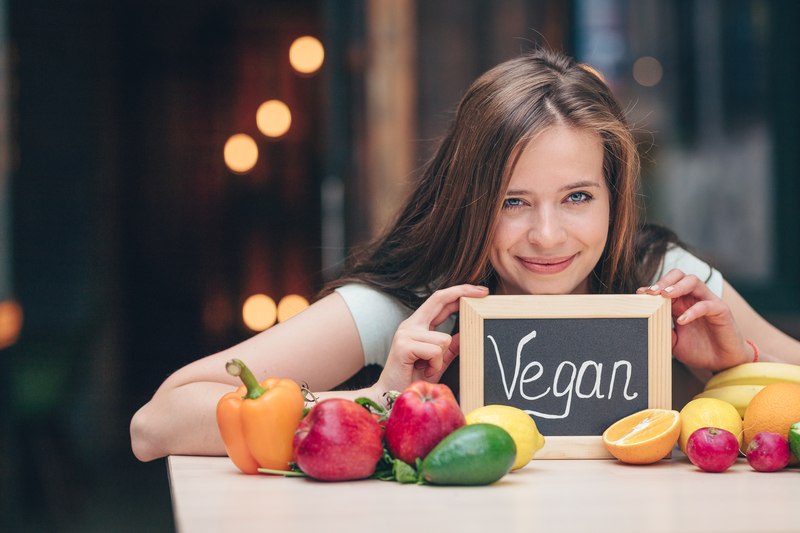 You can say that being vegan isn’t all about eating nutritious food anymore. Part of it is helping the earth as a whole become a more livable place for everyone and everything. Eating vegan is better for the environment since it entails planting. When there are more greens around, it implies that many will also be there to absorb toxic gases in the air. This preserves flora and fauna and deals with pollution. So helping to restore balance in nature is also how veganism is good for the environment.

Thus living a healthy lifestyle and helping the planet are some of the goals of veganism. To find out about the specifics of how it helps, read on for the environmental benefits of being vegan.

Have Environmental Benefits Of A Vegan Diet With Health Benefits

It’s easy to see how veganism is good for the environment and a person’s health. As mentioned, it helps reduce the production of toxic gases in the surroundings. Less air pollution means breathable air and a cooler environment. Eating fruits and veggies also result in having a healthier body. So there’s getting plenty of benefits when going vegan.

Advantages Of Having A Plant-Eating Diet

Having a sole diet of plant-based items reduces the demand for meat products. It also lowers the orders of animal agriculture. This results in so many benefits for the environment. In a nutshell, it prevents or deals with deforestation and livestock emissions. So being a strict vegetarian or having more greens in your diet at least helps a lot.

It Helps Deal With Animal Husbandry

Being Vegan Preserves Humans And Other Species

Eating plants only addresses the global hunger crisis and prevents animal extinction. It is why veganism is good for the environment. At present, people use a large part or 77% of agricultural lands for livestock farming. Only about 23% is for crops. Also, according to an article by the news site Vox, people only consume 55% of the global crops. 36 percent go to the animals and a small part goes to other uses. So one can say that eating whole foods fruits, veggies, grains, beans, nuts, and seeds can already help. Humans and some animals can share these for the environmental benefits of a vegan diet. 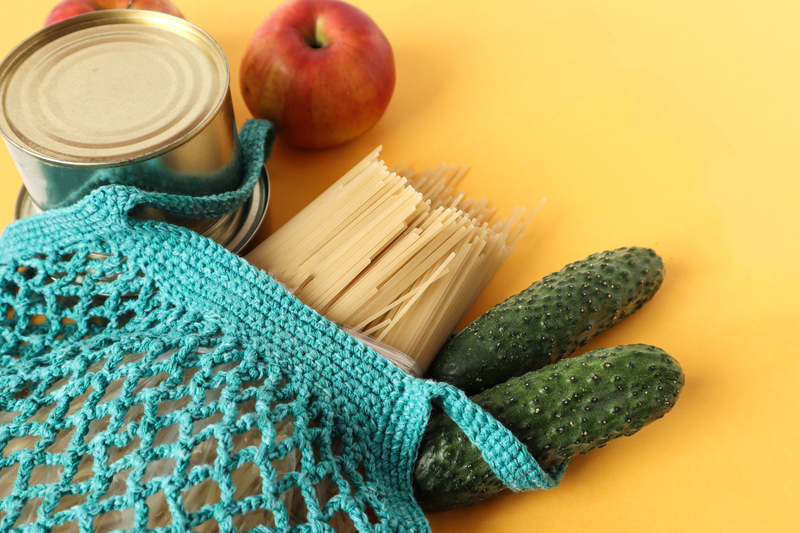 Plus, about one to five species of animals turn dead and gone each year. When creatures become extinct, it’s also proof that ecosystems are falling apart. So it makes sense to take care of the environment more to avoid losing them. Doing something about livestock husbandry can contribute to preventing losing rare animals. Too much farming of animals causes soil degradation. Also, biodiversity issues surface due to the effects of overgrazing. Imbalances between predators and prey may occur due to destroyed habitats. Thus the environmental benefits of being vegan are important to pursue.

There is no doubt that eating vegan is better for the environment due to water quality assurance. More often than not, water is clean when it is far away from contaminants. Agricultural livestock makes the likelihood of having dirty water high. It’s because manure or its pathogens may reach water supplies. That would be through soil erosions and also the natural mixing of clean water with one that is filthy. So it’s for this reason also that eating vegan is better for the environment.

Aside from that, it’s easy to see why animal farming uses up a lot of energy. Usual livestock production processes involve the use of machines that use energy. Farmers also spend on nutrient and pest management procedures. Still, people there use chemicals like animal antibiotics and pesticides. So many of these things involve automation nowadays and a whole lot of power from fossil fuels.

Truths About Eating and Environmental Benefits Of A Vegan Diet

We can make a vegan environmental impact after committing to eating plants only. Yet it’s something that demands a change in people. That is to say, in going vegan, not everyone is going to be able to adjust right away. Those used to eating meat may take a bit of time to get used to having fruits and vegetables only. It isn’t only about adjusting to the taste of food too. In becoming a strict vegetarian, changes in nutrition are necessary.

This article mentioned the environmental benefits of a vegan diet. It will say the nature of the foods involved too. In most cases, meat products have more calories and protein. Thus being a vegan means eating more servings to have enough calories and nutrients in your diet. But, on the plus side, organic greens often contain plenty of useful things too. They have some macronutrients, antioxidants, fiber, vitamins, and minerals.

The environmental benefits of a vegan diet make pursuing plant-eating worth it. Because part of what causes climate change is eating meat then it’s best to do something about it. This means reducing if not eliminating one’s intake of animal products. Besides, switching to a vegan diet is very healthy. So going vegan means being responsible and healthy at the same time.

Even if you may need to have more servings as a strict vegetarian, you will get to help the environment. Also, you would have what it takes to help yourself with food that may reduce your risks of certain diseases. Plus, its storage and preparation make it very adaptable to all sorts of situations.

The health and environmental benefits of being vegan are diverse. They make going vegan a noble pursuit. So, if you care so much about the world and the future, you have the option to change your diet.

A Vegan Diet – Eating For The Environment

How do vegans get their protein?
Plant Based Diet to Improve Health
Plant-Based Diet for a Fatty Liver 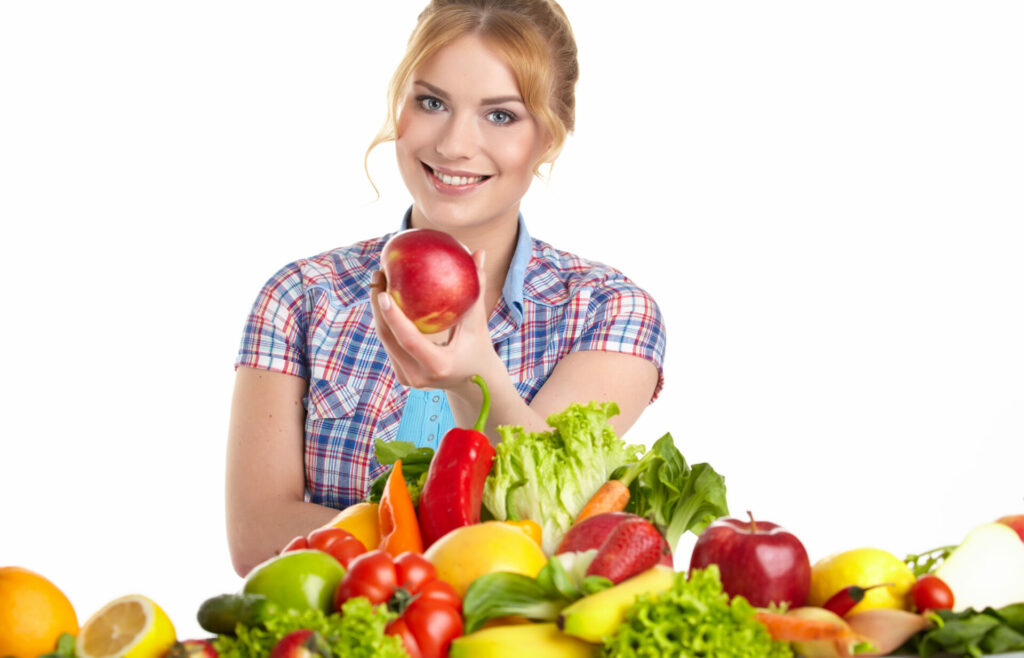