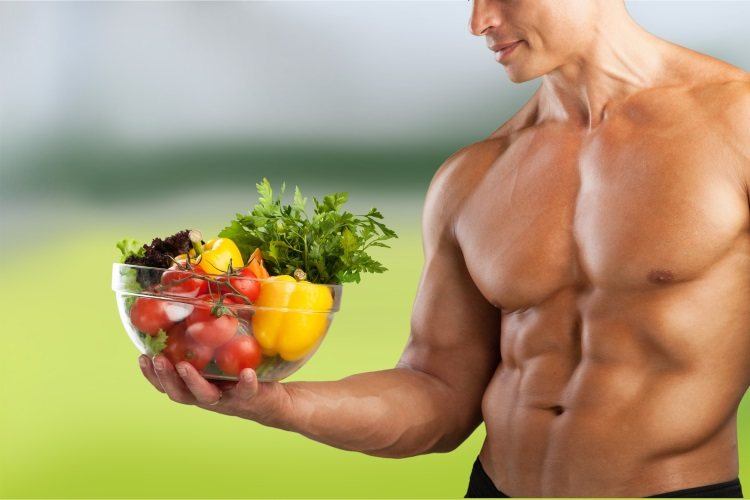 There are a lot of myths out there about veganism and athleticism. Some people think that you can’t be a successful athlete if you don’t eat meat, eggs, and dairy products. But this is not true. In this post, we will share with you some of the most impressive vegan athletes out there So, if you’re still sitting on the fence figuring out whether to go vegan or not, read on! 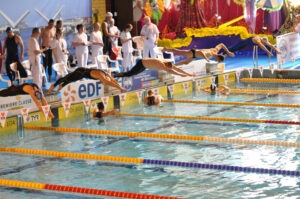 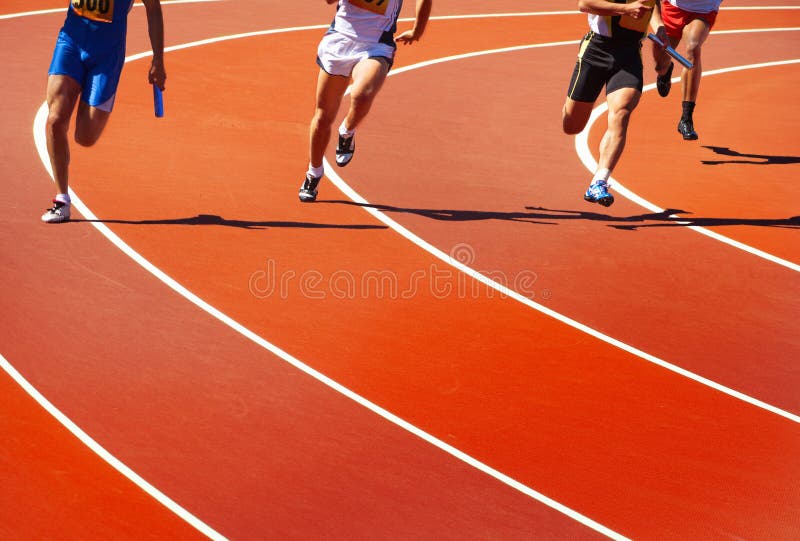 Most hold on to the prevalent belief that great vegan athletes are impossible to find. After all, they must eat a lot of protein which is animal-based to build muscle and improve their reflexes, right? Wrong. In fact, many top professional athletes choose to cut out meat, dairy, and eggs from their diets. While each athlete shared his or her personal reasons, the health benefits often play a large part in their choice.

Even if meat provides protein for the body, it does also cause the body to become acidic, which isn’t good. These great vegan athletes claim to have more incredible energy, recover much faster, and perform way better than their meat-eating colleagues.

Let’s look at the athletes for evidence

The following athletes have eliminated meats and animal products in their diet. Below, they shared the incredible benefits of a plant-based lifestyle in their personal lives and as athletes. 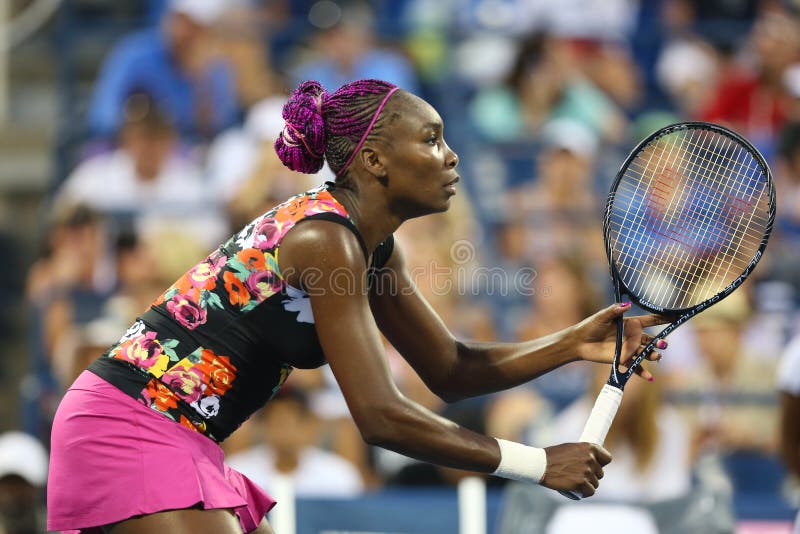 Venus Williams is perhaps the most recognized American-based tennis player globally, having won four Olympic Gold Medals and five Wimbledon women’s singles titles. In 2011, her doctor diagnosed her with Sjögren’s Syndrome. She opted to go vegan, after physicians advised her to do so, to reduce some symptoms, like excessive exhaustion and joint discomfort. Since then, Venus appears to be more focused and robust than ever. 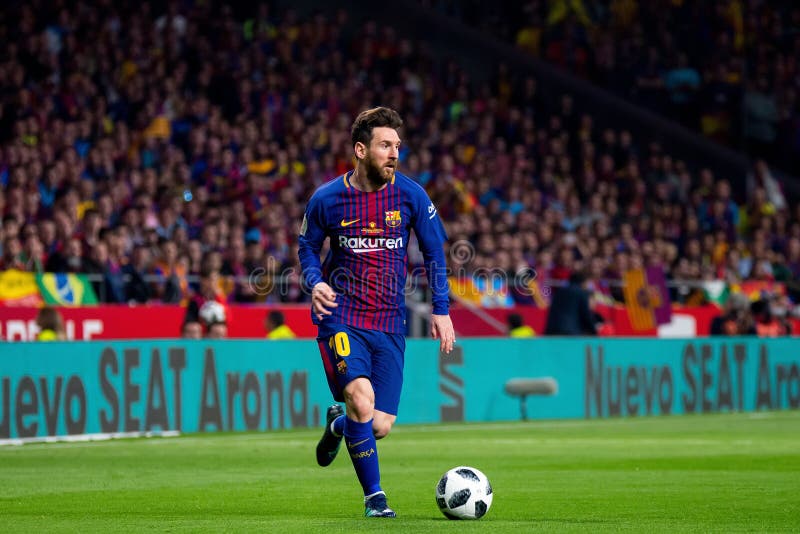 He is regarded as one of the most incredible vegan athletes and the best football players of all time. His record includes having won 32 titles for Barcelona. When it comes to plant-based living, he shows proof it works. The prolific striker holds the record for most official goals. Following a dismal showing in the World Cup 2014, Messi sought the help of a nutritionist to revamp his diet substantially to a level that would take his performance to the winning level. It worked. And he now prioritizes whole organic foods, including nuts, fruits, and vegetables. 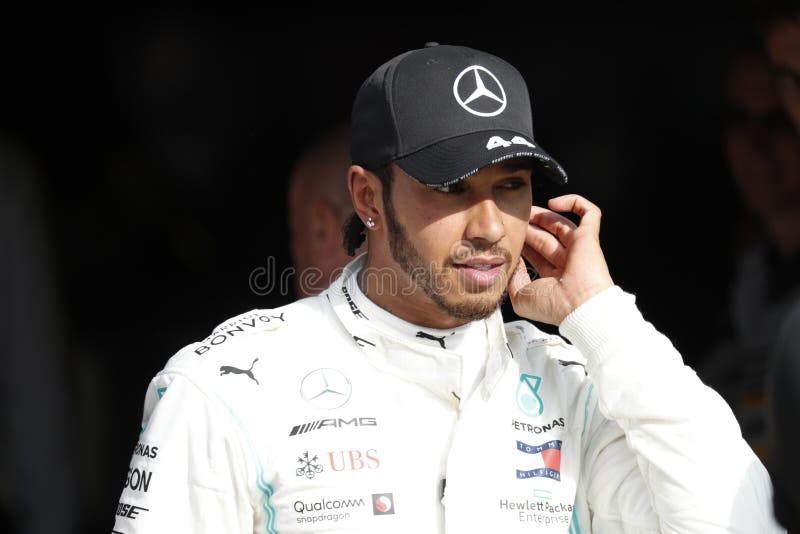 Lewis Hamilton is one of the greatest vegan athletes in the world. As a four-time Formula One World Champion with Mercedes AMG Petronas, he is widely regarded as the finest racing driver of his generation. The racing Champion recently released, via social media, a message encouraging his fans and supporters to follow in his footsteps and go vegan. 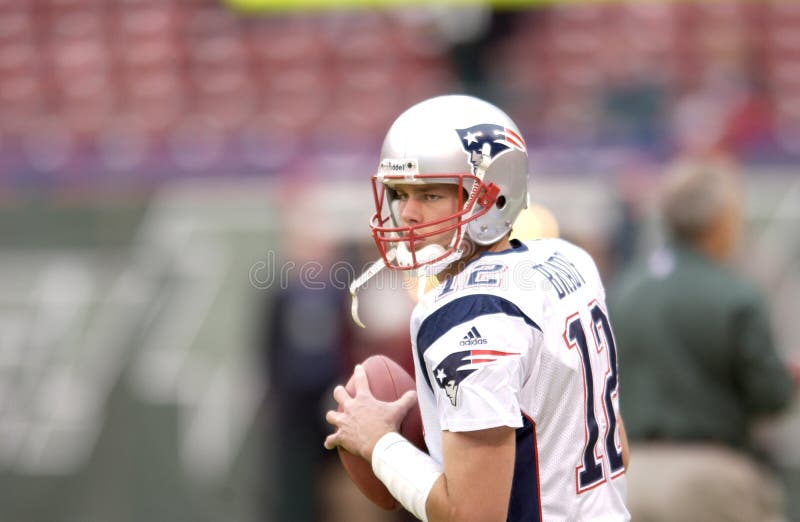 Tom Brady, the quarterback of the New England Patriots, and his wife, Gisele Bündchen, show their devotion to helping the environment by adhering to a plant-based diet. One of the greatest vegan athletes in the NFL, Brady leads a drive to encourage his teammates to also follow a plant-based diet. 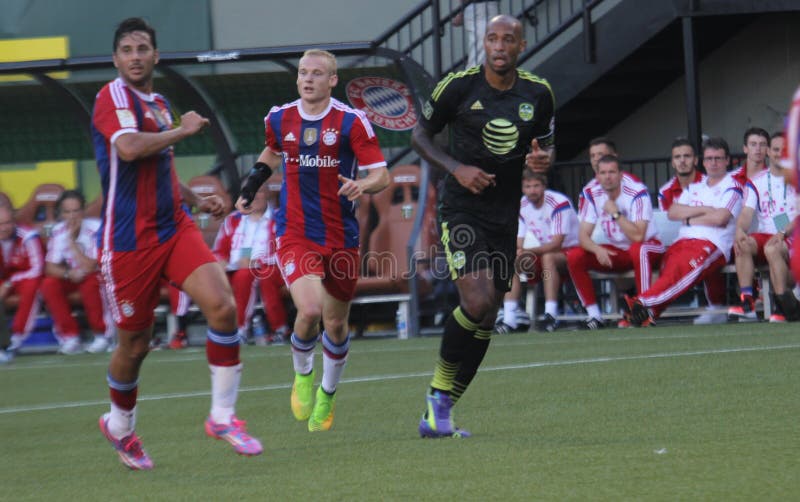 Jermain Defoe, far-right in the photo, is a football player most known for his time with the English national team and the Premier League club AFC Bournemouth Documentaries, like ‘Cowspiracy,’ and ‘Carnage,’ inspired Defoe to be vegan, to which he attributes his ongoing success on the pitch. Defoe is so passionate about the issue that he made his short video with the meat-free food company Quorn. 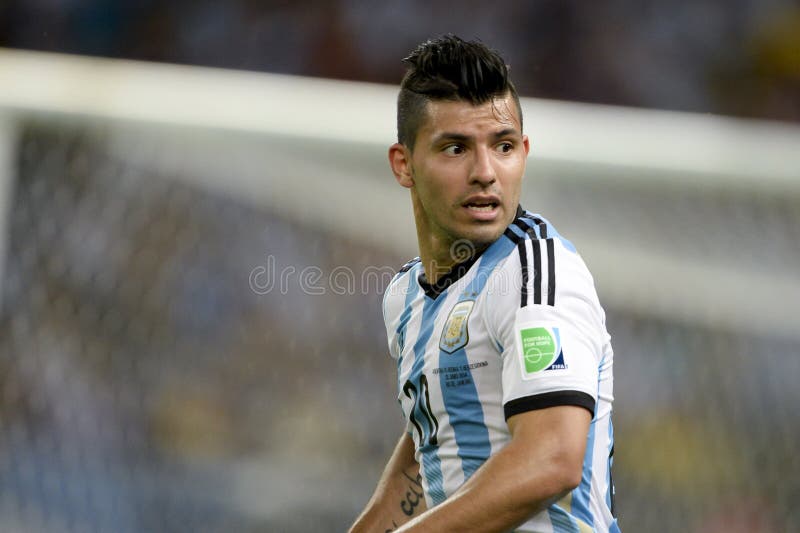 Sergio Agüero is an Argentine footballer who plays for Manchester City in the Premier League and Argentina’s national side. Sergio’s best friend Lionel Messi, inspired him to eat a vegan diet. Sergio is the son-in-law of Diego Armando Maradona. Agüero’s performance improved after he stopped consuming meat and dairy. 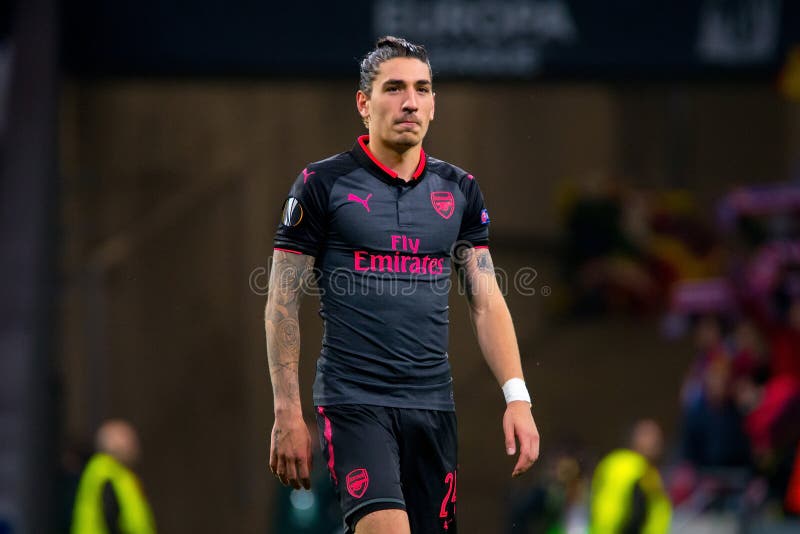 This football player was born in Spain and currently plays for Arsenal and the national team of Spain. He’s known for his quickness, which he uses to quickly transition to a defensive position, and he owes his outstanding performance to a vegan diet since the start of the season. He said that his new diet has also helped him avoid injuries. 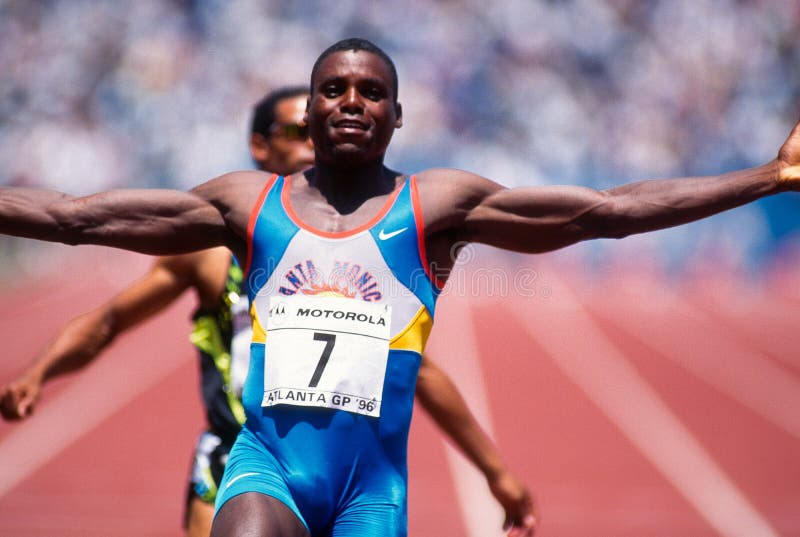 Named World Athlete of the Decade in the 1980s, he also owned the title of Olympic Athlete of the Century. How did he become a great athlete in the first place? It’s because of a vegan diet. He became a vegan because he wanted to get more nutrients while reducing his calorie intake. The outcome proved to be spectacular.

Rob Bigwood, a vegan arm wrestler, appears to be the cartoon hero’s real-life 21st-century heir. His decision was great for the planets and the animals, and also it was also perfect for his health. Bigwood’s surname, which foreshadows his green destiny, has won over 40 state championships. Rob is the star of the arm-wrestling sports documentary series ‘Game of Arms.’ 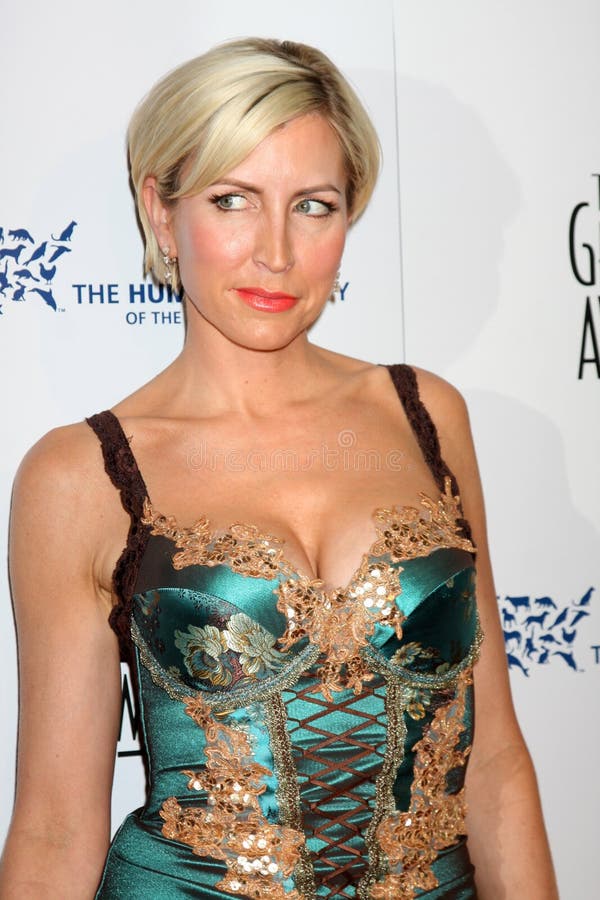 The skier who participates in handicap sports is also the former Mrs. Paul McCartney, this may be one of the most well-known great vegan athletes. In 1993, she lost a part of her leg in a collision with a police motorbike responding to an emergency. And part of her recovery included transitioning to a vegan diet. The health benefits of this diet so moved her that she became a staunch vegan supporter. 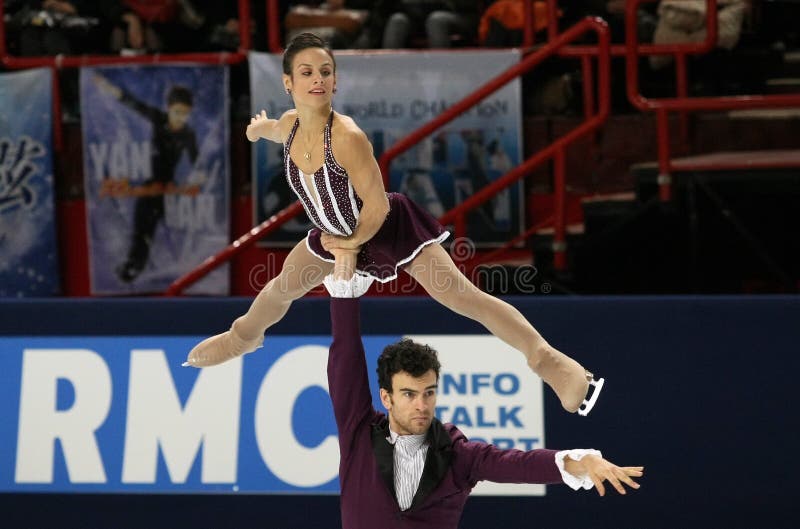 Meagan Duhamel is a two-time World Champion, seven-time Canadian Champion, and Winter Olympic Gold, Silver, and Bronze medalist in figure skating. After reading the book ‘Skinny Bitch,’ she stopped eating meat, milk, cheese, and anything else that originates from an animal in 2008.

Meagan explained that she was eating homemade bread, pumpkin-apple butter, granola, cookies, trail mixes, and other similar snacks to prepare for the 2014 Winter Olympics. With this, Radford and Duhamel became the first-ever pair duo to earn a  triple Lutz at any Winter Olympic competition during that year.

Andy Lally is a world-class racing driver who has won the 24 Hours of Daytona five times. Ahe he is the 2006, 2004, and 2001 Grand-Am Rolex Series Champion, with the most top 3 and top 5 finishers in the series. He went vegan in 2009 because he didn’t want to abuse other living things for his food and wanted to learn more about plant-based nutrition.

Do you want proof that great vegan athletes kick the competition’s butts? Mitchell ran in the 4×400 m relay during the 2015 World Championships in Beijing. In addition, she competed in the 2016 Summer Olympics in the Women’s 400m and Women’s 4x400m relay. After becoming vegan, she won twelve races, including a national championship triumph.

Morgan has joined a growing number of great vegan athletes who have demonstrated that you can be healthy without eating animal products. And that you can also dominate at the top levels of the sport.

He holds a world record in powerlifting and is the Champion of Germany’s Strongest Man. And all that as a fully vegan-powered powerhouse of strength. Baboumian has seen a significant improvement in his health and healing times after eliminating animal products from his diet. He has also continued to build muscular strength and set new powerlifting marks. Baboumian’s vegan journey is particularly noteworthy since it highlights how one may maintain and grow strong while adhering to ethical principles.

Athletes increasingly choose lentils, edamame, and chickpeas over a steak dinner. They find these edible plants improve their strength, fitness, and general performance levels now more than ever. The great vegan athletes mentioned above have proven that adopting a plant-based diet makes a big difference. It improves their fitness and outcomes by allowing them to recover faster between sessions. They also heal more quickly from injuries and create leaner, stronger muscles. These world-class vegan athletes swear that their vegan diets have pushed them forward in achieving impressive goals. On a plant-based diet, they have conquered quests, such as training for Olympic gold or becoming the world’s number one tennis player. 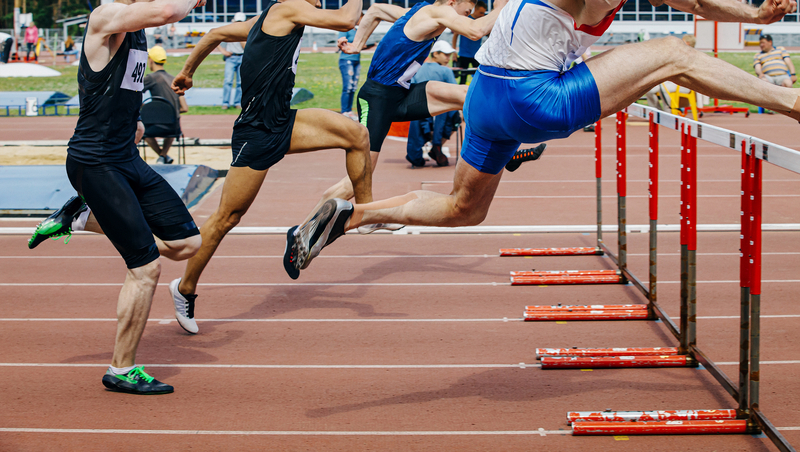